So, we’ve been home for almost a week. I need to “close out” the trip blog, and move back to “life” I guess. This will most likely NOT be the final “trip” post (until the next trip.. anyway)….

On the 12th, we played tourist, and saw some of the cooler sites around the Black Hills. Being a corridor to Mt. Rushmore, the roadside attraction is alive & well between Rapid City & those famous faces. All billboards (and there are a LOT of them) say that they’re on “the road to Rushmore.”

We piled into the car, and made our way to the Reptile Gardens. We were just in time to catch the alligator show, which was really cool. On most of these, the presentation is crucial, and we were lucky not just once, but several times in having a good host. The guy doing the alligator wrangling was funny, and also very educational. 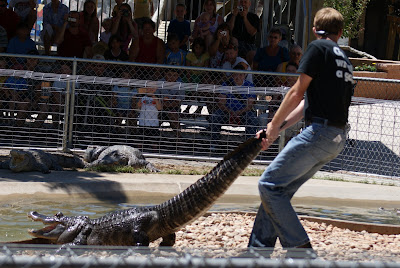 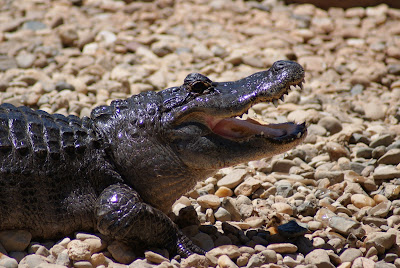 I won’t re-hash the entire performance; suffice to say that if you’re ever in the area, you should go. 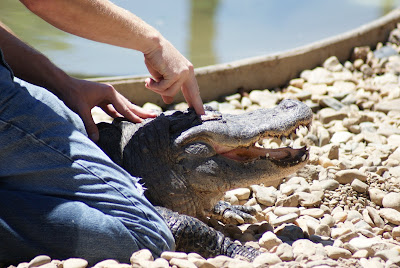 I will point out that if I were doing the show, and had to do this bit, where you show that their eyes go down inside their skull for protection, I’d do it AFTER this other bit… 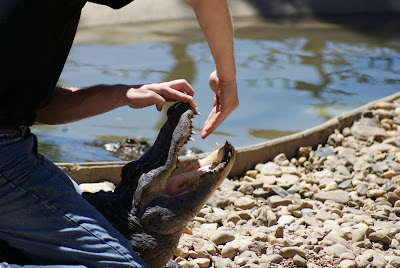 Where I put my hands in that mouth.

After the ‘gator wrangling, we went through the “Sky Dome” as they call it. This is where they keep their avian & reptile collections (separated, unfortunately). Some random pics from in & around the dome: 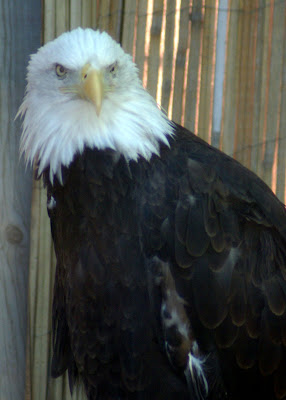 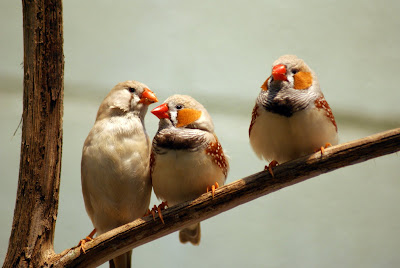 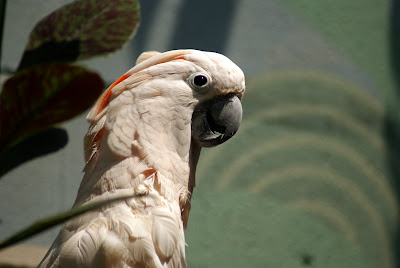 This guy was posing & dancing for the cameras. Feathered Ham… 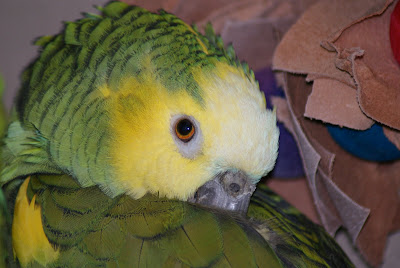 A few words about photography here… Shooting at the Reptile Gardens is difficult! Lighting inside the dome is diffused, and unnatural feeling, as you can see in some of the photos above (which are un-touched). Shooting the reptiles themselves is darn near impossible with a point & shoot camera, as they’re all behind scratched, smudged, cloudy glass & plastic. Even with all this, the camera performed brilliantly, it’s primary limitation being the guy holding it. Take a look at these two pics, just for reference.. Same subject, same ambient lighting, just different settings on the camera… 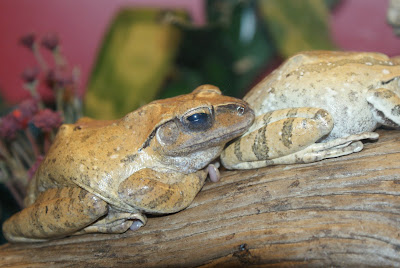 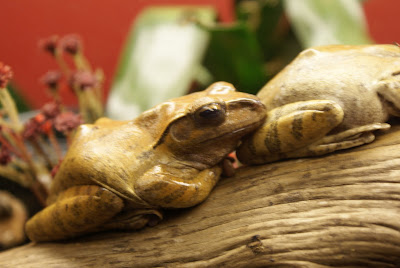 I like the lighting on the top picture, but the textures and the colors come through much better on the bottom one. The trick is learning how to get both in one picture.

Just one example of many. Most of the trip was spent experimenting with the camera, finding different ways to shoot things, and getting things to look on the camera how I saw them in my mind.

My favorite pics from the Reptile Gardens have already been posted…

After Reptile Gardens was the awe inspiring wonder of Thunderhead Falls, Underground Waterfall! I’m going to do you a favor here, and save you $ 5.75. I’m going to spoil the entire experience. Here it is in a nutshell. After drive 10 miles off the main road, you pay a person in a shack, who tosses you a brochure, and pushes a button. The button starts a recording that plays over a ratty old loudspeaker, telling you how wonderous the sight you’re about to see is (sales pitch after you’ve paid). I won’t say the recording is old and tinny, but let’s just say it brings to mind the Flintstones’ phonograph. At the end, I half expected to hear “it’s a living.”

The You walk down the damp, ill-lit cave that looks like this…. 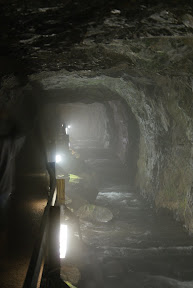 Until you see this: 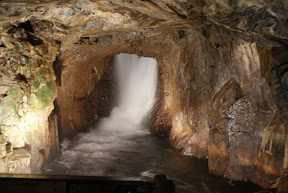 Oh, and if you have a point & shoot camera, you get a picture like this:

After that, it was the very long trip back to Sundance that we were becoming accustomed to.

The 13th we went fossil hunting out by the Belle Fourche Dam. Unfortunately all the good spots were under water due to their late spring rains & floods. On the plus side, it was over 100 degrees out. No pics, as I didn’t want my camera to melt.

After that we went out to the Homestake Mine museum, perched on the precipice of the open pit. Active off & on (mostly on) from the mid 1800’s to 2001, first as an open-pit, then as a deep underground mine, it left one hell of an impact on the local landscape.

We had a lot of fun, and as a result, I didn’t take a whole lot of pictures.

Monday the 14th… Joe’s Mom’s Car went into the shop, so I rented a nice little Chrysler to continue playing tourist. This is the day we went out to Bear Country, USA, another big roadside attraction on the way to Mt. Rushmore. This is another one that I’ve already posted some of my favorite pics from, though somehow the bears themselves got neglected. 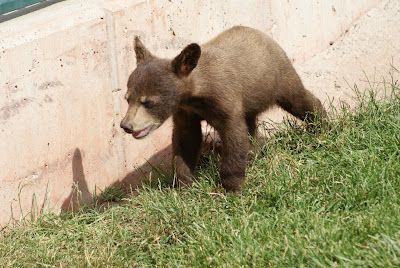 So, there’s your bear picture.. If you want to see more bears, feel free to look at the web album.

The 15th was a trip to the Roo Ranch… 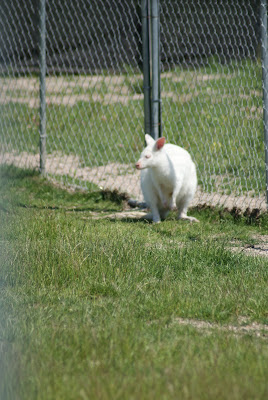 Tell me, does that look like a giant white lab rat, or what?

They let you in one area where you can get close to a kangaroo, and pet it. All the other “roos” are behind double fences, and they were almost all asleep when we were there. An interesting asside to this visit… People always want to pet the kangaroos, and cuddle with the babies, which I expected. What shocked me is that they have kangaroo jerkey, and all sorts of products made from kangaroos on display there. It seemed a bit morbid, on the wall, across from where they keep the babies.

We also stopped at Tatanka, Story of the Buffalo. It’s a sort of American Indian museum on the hill above Deadwood. Educational, kinda neat, but I probably wouldn’t go back to it. The most interesting part is the HUGE bronze sculpture of a buffalo hunt they have outside. 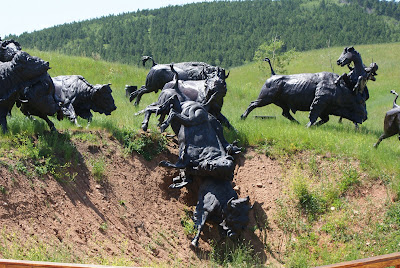 The 16th was our last whole day in Sundance, and the day I took my long solo ride through the hills. almost 200 miles on dirt! This post is already a bit long, and a bit heavy on the graphics, though, so the rest will just have to wait until later.